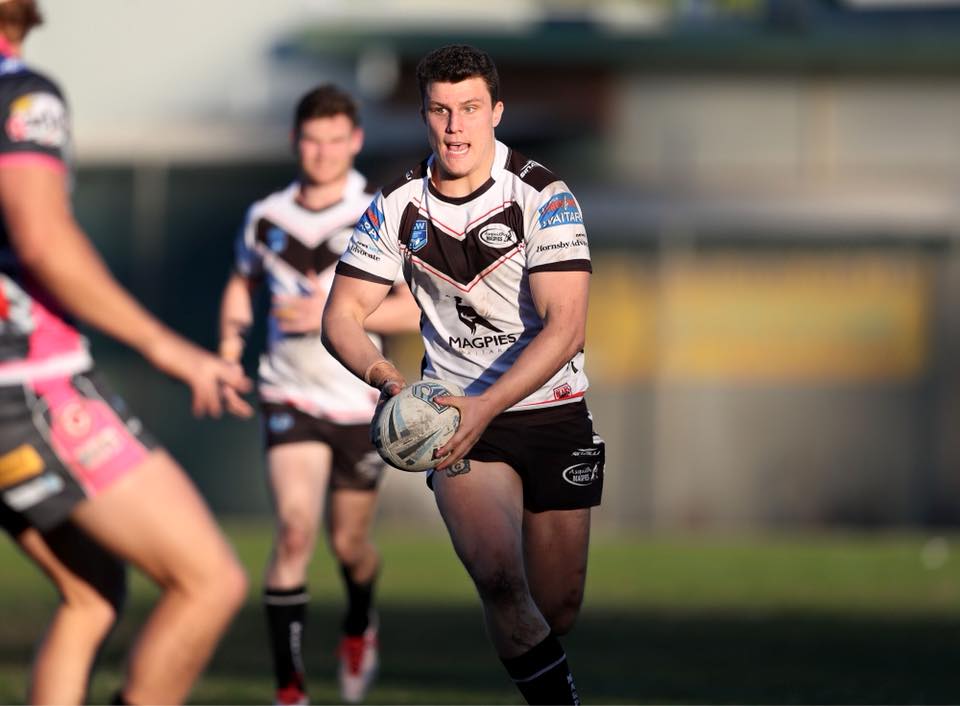 The Asquith Magpies returned to winning form in the Ron Massey Cup when they downed a 12 man Glebe-Burwood Wolves outfit 30-10 in their match at Storey Park last Sunday.

After prop Brock Ilett scored the opening try to give Asquith a 6-0 lead, the visitors had Lachlan Stein sensationally sent off eight minutes from half time for an alleged headbutting incident.

Asquith then took full advantage with their extra man in the second half with Asher Veamatahau scoring a double. Jake Maizen, Josh Fraser and Max Bailey scoring the other second half tries.

The Magpies also tasted success in the earlier Sydney Shield match, overcoming a feisty Belrose Eagles 26-4 to move back to fourth place on the Shield table.

After conceding the opening try, the Magpies struck back with a freakish Kane Allan try to lead 6-4 at half time.

Amongst tough defence, Asquith went on with the job after half time with skipper Vinny Ngaro bagging a double, and Ngangarra Barker and Kyle Tukapua scoring second half tries.

The Magpies are back at Storey Park again this Sunday for their next matches against East Campbelltown in Sydney Shield at 1pm and Western Suburbs in Ron Massey Cup at 3pm.